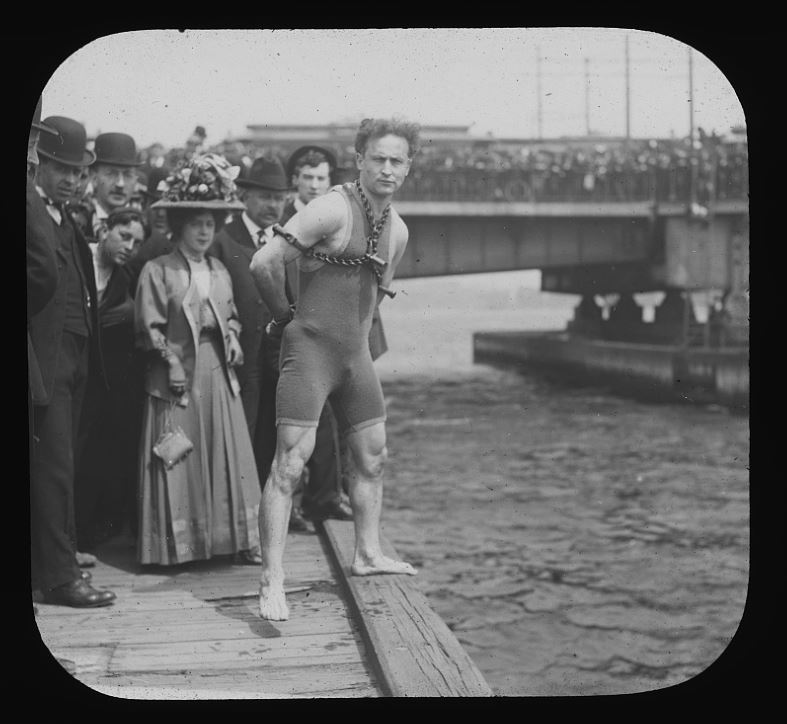 Another tidbit from researching Miss Livingstone’s fictional life was an event I would have loved to have seen. An outdoor Houdini stunt in her home town. She would have been 21 in 1908, and living in Boston as an adventurous gal, I’m sure she would’ve gone to see Houdini jump from the Harvard Bridge into the Charles River to make his escape from chains and handcuffs. This photo is in the Library of Congress archives online along with many other amazing things to see.

Library of Congress adds the note:

Master of the “Impossible Possible,” Houdini performs one of his stunning manacled jumps from Harvard Bridge, followed by an under-water escape in the Charles River. As with his upside-down straitjacket escapes, Houdini’s jumps drew huge crowds and publicized his stage appearances. In 1908, he appeared in Boston for two weeks at Keith’s theater, a major venue on the Keith Vaudeville Circuit.